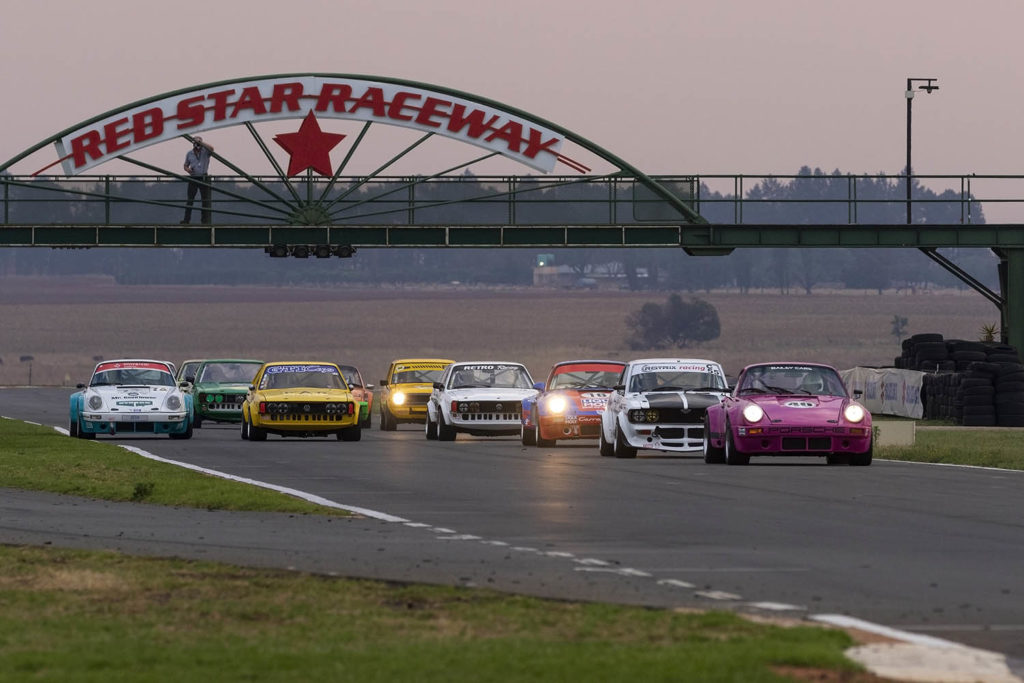 Historic Racing South Africa delivered a cracking day of racing at Red Star near Delmas in Mpumalanga on Saturday. A quality field of Pre 90 GTs and Pre-80 Saloons delivered some great dicing well into the evening, while the Charlies Super Spar Pursuit series delivers much of what it does best — overtaking.

Bailey duly set sail for a dominant race 1 win as he left Smith, van Rooyen and van Vuuren in a delightful dice for second and the Class C win, although van Vuuren slowed and ultimately stopped with a lap to race. That left Avvakoumides to fourth, as he fought Class C man van der Merwe and ten Napel off for the Class D win after Rene Janse van Rensburg also retired.

Peter Bailey made off to another easy second race win from Johann Smith as dusk fell, but the dice for third was brilliant. Jannie van Rooyen, Andre van der Merwe, George Avvakoumides and Andre ten Napel fought into the sunset. Class E man Riaan and Jaco Roux had to deal with Sean Hepburn who went for it without any Class F competition, while John Simpson beat Steve Pickering in Class G. That in spite of both of them also breaking out.

The other Red Star Historic Racing action was the back-to-front handicap Charlies Super Spar Pursuit series. That’s where each car starts at a time that theoretically sees all of them finish together. Perfect in theory, less plausible in reality with all that overtaking and all.

The problem with going too fast in Pursuit, is that you break out of your handicap time set from your qualifying lap and get excluded. That fate befell championship leader Wynand du Plessis Sr’s Porsche 944 and three others in race 1. There must have been something in that evening air in the second heat, as no less than six drivers broke out. But not double winner Hattingh, who beat Clark van Aarle, Hartzenberg and a more cautious Wynand du Plessis Sr. second time around. 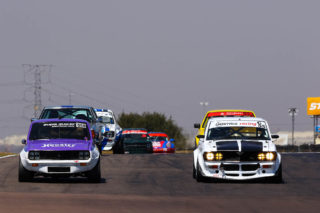 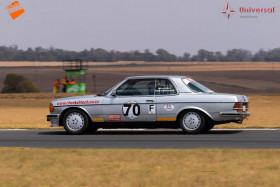 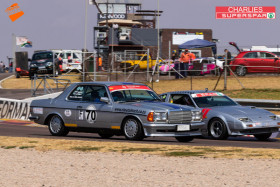 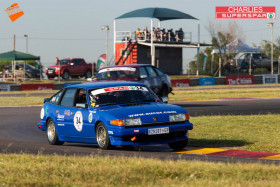