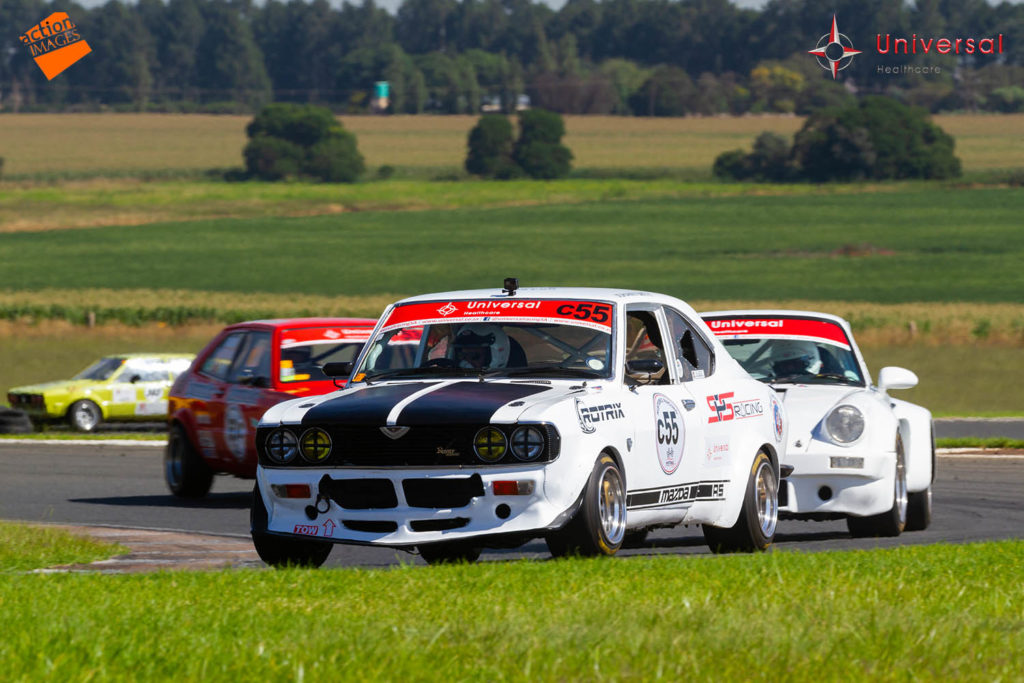 Historic Racing South Africa converged on the Red Star Raceway near Delmas on Saturday for a crack at that ambidextrous circuit in an anti-clockwise direction for its second round races on Saturday, where HRCR members were treated to a great day’s racing from the series’ travelling Historic City.

Pott made off upfront when the lights turned green and raced off to the win, but there was an almighty spat behind, initially headed by George Avvakoumides in another 911 RSR, Smith, Konig, Jannie van Rooyen in another Class C Scirocco and Alan Green’s ex-Peter Gough Meissner Escort, with all of the above taking turns in second and third overall through the race. Both Sciroccos, however, stopped along the way leaving Smith to fend off Avvakoumides and Alan Green, while Rene van Rensburg (Class D Escort) and Class E winner Andre ten Napel (Scirocco) watched the action unfold ahead of them.

Richard Pott made off once again in race 2, leaving Johann Smith leading the chase, but the Mazda stopped to allow Class C winner Stuart Konig up to second ahead of Jannie van Rooyen. George Avvakoumides had to deal with Class D winner Alan Green to claim fourth with Class E winner Ten Napel next up from van der Merwe and second in E Kilburn, Fred Konig and Hepburn, who overcame Riaan Roux. Evans-Finney followed ahead of Class F winner Brits, Jaco Roux, Class G victor Jacobs and de Ru after Rene van Rensburg stopped at mid-distance.

There was no such trouble for Winterstein in race 2 as he was the only one to catch and pass Rob Clark to take the second heat win, while Bert van Aarle and Wynand du Plessis Sr also both escaped breaking out to come home third and fourth ahead of Oberholzer, Venter, de Klerk, Roux, Tudor-Owen and Willem van Niekerk’s Marauder in tenth. Stan Stacey was next up from the ladies Pretorius, Smith and van Aarle together again, Hartzenberg, Brits, Kelley, Schafer and Tihan van Rooyen, while it was Tihan van Rooyen, Vasques and Hattingh Mercedes Benz 190E’s turn to break out.

All of which meant that Rob Clark drove his Citroen to overall honours for the second race meeting in a row from Pursuit veterans Henk de Klerk, Frans Venter, Machiel Oberholzer and Richard Tudor-Owen in another dominant display for the classic street Fine Car class. Racecar class Trophy racers Werner Hartzenberg, William Kelly (MG B), Clive Winterstein and Bert van Aarle were next up while Trophy man Kobus Brits rounded out the top ten.

The next round of the Historic Racing South Africa championships goes down at the Phakisa Raceway in Welkom in the Free State on Saturday, 25 April. 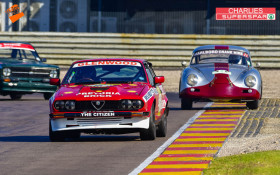 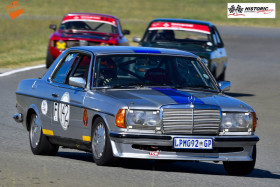 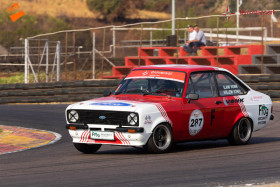 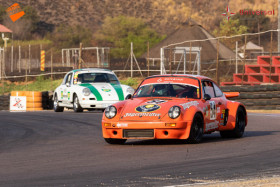