CEO of Universal Healthcare, Dr Johan Pretorius, is behind the wheel of one of South Africa’s fastest growing healthcare brands, which touches the lives of millions of people every month both locally and internationally.

He is also the brain behind Universal Racing, the team that has grown into a serious contender on the South African racing circuit in recent years.

Talk to Dr Pretorius about historic racing cars and you will ignite a spark of pure passion. He loves classic cars and can wax lyrical about their magnificence, their purity of design, their histories and the people who once raced them. He would love nothing more than to see historic racing cars restored and back on the track and to see classic car racing grow in popularity in South Africa.

When Dr Pretorius leaves behind his business suit and dons the striking red and white Team Red Racing livery, he is the epitome of control and calmness as he takes to the track.

His passion for motorsport, classic cars and speed is what lies at the heart of Team Red Racing. He is considered a true wheel-to-wheel racing enthusiast who sets out to compete in every series possible.

This year we will see Dr Pretorius in the driving seat in the Clubman’s in Cape Town in a Polo Vivo, and the GTi Challenge and in the Falken Polo Cup in a VW Polo. He will also pilot a Mk1 Ford Escort Zacspeed in the iconic Knysna Simola Hillclimb and a Mk1 Escort RS2000 in the Historic Tour.

During the last two years, Dr Pretorius’ 1974 Escort RS2000 has been under the supervision and craftsmanship of mechanic Ian Rayner, who is another Ford fanatic.

For the first time since 2017, Dr Pretorius will buckle up behind the wheel to compete in the Historic Tour in his prominent red, white and black Escort. The coupé, a firm favourite with collectors, boasts Avon slicks, a two-litre Pinto engine, and a clever trick gearbox, whilst conforming to the basic configuration of the original model from that period.

Historic Racing South Africa was formed in 1973 with the aim of preserving and racing classics, which is one of the fastest growing categories on the South African calendar.

Dr Pretorius is set to participate in the Pre-1980 Historic Saloon Cars series, with Round One kicking-off on 23 March at Midvaal Raceway. He will be competing in the E-Class and with Lee Thompson backing “The Boss”, he is expected to be one of the front-running vehicles in the retro series.

Winning, it’s a Universal feeling. While being at the forefront of motor racing in South Africa, Universal Healthcare and CompCare also remain healthcare industry leaders with our forward-thinking mindset and incomparable service levels, outperforming competitors at every turn.

A perfect blend of excellence, endurance and performance 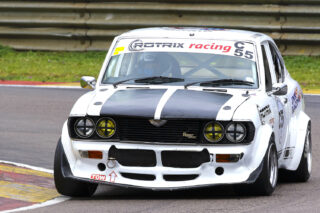 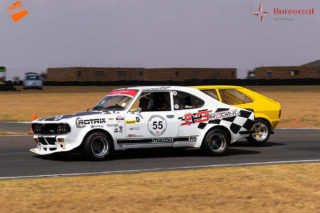 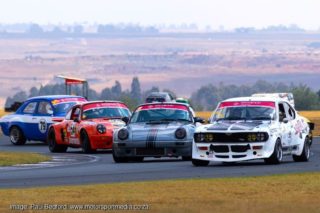 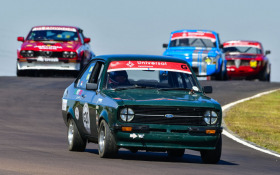 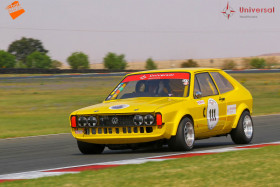 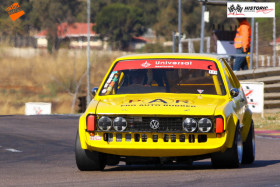 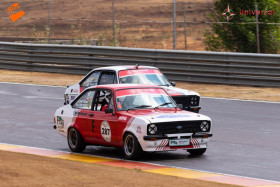